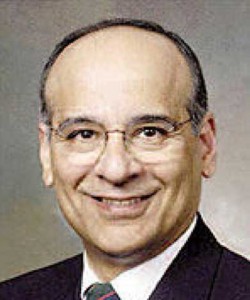 Dr. Raj Narayan is currently chairman of the department of neurosurgery at the North Shore Long Island Jewish Medical Center and Director of the Harvey Cushing Institutes for Neuroscience in New York. Dr. Narayan has been very intimately involved with AASAN, since its inception.

Dr. Narayan is well known to all of us as having made tremendous strides in the advancement of neurotrauma care, authoring more than 100 peer reviewed articles on the subject, in addition to one of the most referenced books on the topic, “Neurotrauma.” Although his family originates from Bangalore, India, Raj was born in Hyderabad, and as his father was an officer in the Indian army, the family moved often, resulting in Raj being educated in many different parts of India. He knew early in his life that he wanted to pursue neurosurgery. He cites some of his original motivations for the field after reading the book, Death Be Not Proud, John Gunther’s true story of his son’s battle with Glioblastoma.

He received his medical education at the Christian Medical College (CMC) in Vellore, India. Dr. Narayan has fond memories of CMC Vellore: for one, this is where he met, and ater married Tina, his wife. It was in CMC that India’s pioneering neurosurgeon, Dr. Jacob Chandy established the first neurosurgical unit. Dr. Narayan tells us that CMC,
founded by the American missionary physician Ida Scudder, remains a major referral center for the country, despite the increase of for-profit hospitals throughout the country, a testament to the high quality of ethical care delivered to patients there.

Having completed his internship and a year of neurosurgery at CMC Vellore, Dr. Narayan left for the US, and began to research head injury at the Medical College of Virginia at Richmond under the direction of Dr. Don Becker. Impressed with his work, Dr. Becker offered Dr. Narayan a residency position in neurosurgery. At the completion of his training in Richmond, Dr. Narayan moved onto the NIH, where he worked with Dr. Edward Oldfield in the area of Neuro-Oncology. He was later recruited by Dr. Robert Grossman at Baylor, where Dr. Narayan headed the Department of Neurosurgery at Ben Taub Hospital. Over a ten-year period at Baylor, Raj helped establish a major NIH-funded research program in traumatic brain injury. Since his years at Baylor, Dr. Narayan has since chaired three Departments of Neurosurgery– Temple University in Philadelphia, the University of Cincinnati, and most recently, at North Shore LIJ. He tells us that his passion is in developing Departments of Neurosurgery, training residents, and setting up systems of healthcare delivery. As we returned to the topic of neurosurgical collaboration between neurosurgeons here in the US and in India, and AASAN’s role, Dr. Narayan firmly believes that we are off to a good start, with the recent CNS meeting being the largest ever meeting of neurosurgeons from India and US based neurosurgeons of Indian origin. He states that there is a great need to continue to meet and spend time with each other, as there is a great deal that American neurosurgeons can learn from neurosurgical practice in India, which he feels, is truly an “unevenly developed country.”

Dr. Narayan feels that the challenge for India in the near future is to establish quality control across a broad set of medical institutions. He feels that young Indian neurosurgeons should be able to learn from US departments of neurosurgery, especially in regard to how systems should be set up in order to achieve this goal of standardization. Nowhere is this more important, than in the setting up of a systematic neurotrauma management system, in India, which is, in Dr. Narayan’s opinion, still in a very nascent stage. To be sure, some organizations such as the newly-formed Indian Head Injury Foundation are making initial attempts to improve healthcare delivery systems in collaboration with the US-based Brain Trauma Foundation. “One can make a tremendous impact on survival by improving the system,” he says. Dr. Narayan is optimistic that India will eventually succeed in this endeavour, as there is a visible sea-change in the attitude of the citizens there. “India is now filled with a much greater sense of self-esteem, pride, and confidence than had existed even just a few years ago” says Narayan.

“The transformation is wonderful to see.” As we concluded, Dr. Narayan’s advice to young neurosurgeons who are beginning their careers is to first of all know what one wants in life, and then to decide whether one is willing to pay the price to get there. This equation is obviously different for each individual, but in reaching whatever goal one sets, he advises us to maintain the highest ethical standards.

In Rememberance of Dr. Setti Rengachary 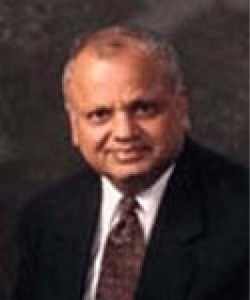 Dr. Rengachary was a colonel in the U.S. Army Reserve and served a tour at the 410th Evacuation Hospital in Saudi Arabia during Operation20Desert Storm. He continued in the tradition of neurosurgeons serving to treat the wounded during war time; a tradition that was initiated by Harvey Cushing during World War I. This bit of neurosurgery history meant a great deal to Dr. Rengachary as he loved the historical aspects of neurology and neurosurgery. He served as a chairman of the History Section of the AANS. During the last year of his life, Dr. Rengachary remained keenly interested in academic pursuits and co-authored several manuscripts on the historical aspects of neurosurgery in the Journal of Neurosurgery, Neurosurgery, Neurosurgical Focus, and Surgical Neurology. He often said that neurosurgery (and its history) was his main hobby.

Dr. Rengachary encouraged many young Indian neurosurgeons to pursue academic careers. He was one of the first academic U.S. neurosurgeons of Indian heritage, and he led b y example. He was also one of theearly members of the American Association of South Asian Neurosurgeons (AASAN), and he volunteered his time and energy to sustain its educational efforts.

Dr. Rengachary passed away in December 2008 following a courageous fight with metastatic adenocarcinoma. He is survived by his wife, Dr. Dhana Rengachary, his daughter, Usha, and his son, Dave. The American Association of South Asian Neurosurgeons (AASAN) honors the memory of Dr. Setti S. Rengachary. Many members of the AASAN have volunteered their time and energy in the spirit of Dr. Setti S. Rengachary in order to carry on his vision to the next generation in training.